Though Chad began to lose his vision in his late teens to Retinitis Pigmentosa—a degenerative disease of the retina—Chad was able to participate in the sports that he had always enjoyed throughout his college years. However, in his early thirties, Chad’s sight had finally deteriorated to such a degree that most sports became inaccessible. Often unsure of what to do with himself, he began to suffer from depression. Feeling that Chad could greatly benefit from a passion to pursue, his wife, Patricia, introduced him to golf. He began to receive instruction from the PGA Teaching Professional Andy Church. 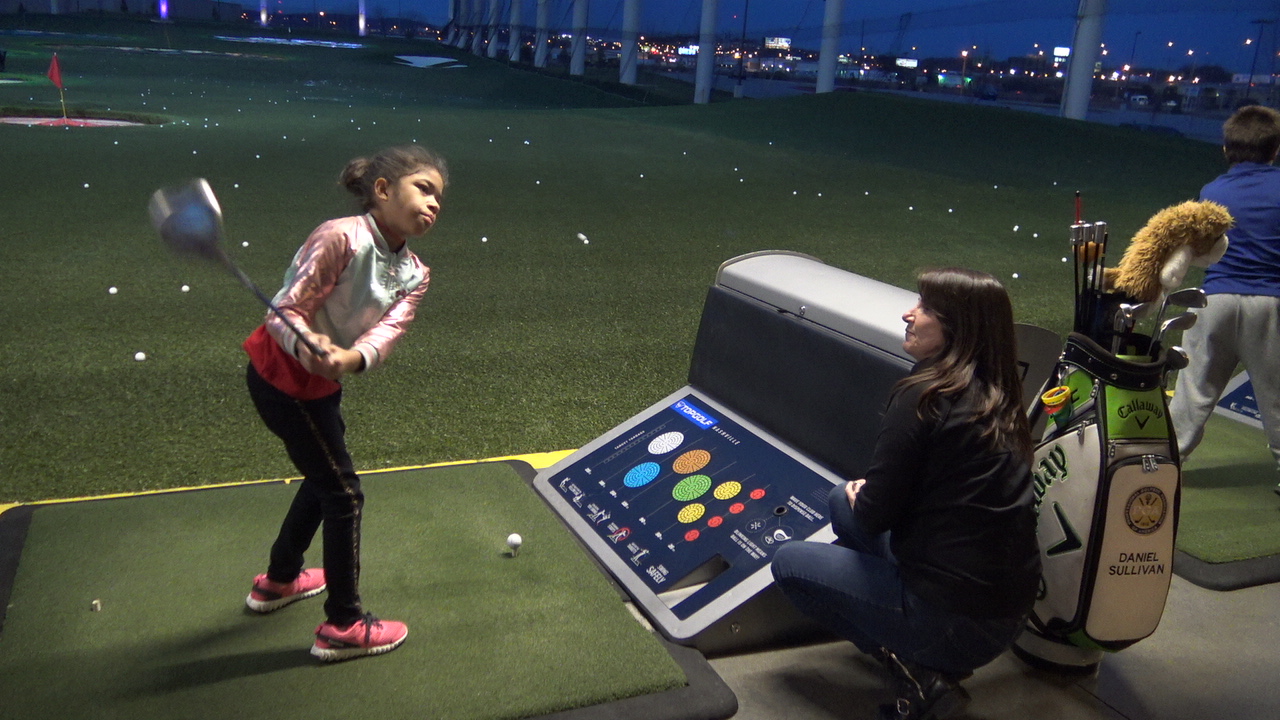 After several years of hard work and dedication, Chad’s skill advanced to a level that Andy believed could eventually allow him to qualify for the National Blind Tournament. They began training with this new goal in mind. Though Andy moved away for his job, he still offered as much instruction and guidance as he could. With the help of a second instructor, Stuart Shearin, they were able to help Chad advance his game so much that he not only qualified for the National tournament, but he also won it on his first attempt in October of 2016. Chad went on to win in the Irish Open in 2017 and two more national titles in 2017 and 2018. He placed second in the World Blind Golf Tournament in 2018.

Having established a platform and a vision with which to help others, Chad and Patricia started AVID.

These are our goals:

One of AVID’s first efforts is to provide a complete teaching facility on the campus of The Tennessee School for the Blind. Young athletes will be instructed on the rules of golf and golf etiquette in a small classroom environment, and there will be an indoor physical fitness center for our young athletes with professional guidance and modern training techniques to ensure their safety and physical wellbeing. To start, there will be an indoor hitting area with a swing plane trainer, hitting mats, and hitting nets so our young athletes can work on their golf swing and other techniques, but eventually, the facility will include a five-person outdoor hitting area consisting of artificial mats on top of concrete with an accessible fairway bunker and chipping/putting green.

AVID is a 501-C3 non-profit organization, and as such, we will require sponsors and volunteers to begin the long journey ahead. We are also actively searcing for a celebrity spokesperson who will champion our cause to promote blind golf across the country.

AVID exists to eliminate the real and artificial barriers to visually impaired children who wish to participate in golf.  Visit our Goals page to see what we strive to accomplish and what we need to get it done. Phone: 615-917-4972 Email: blinddocongolf@gmail.com

About Us How You Can Help

AVID exists to eliminate the real and artificial barriers to visually impaired children who wish to participate in golf.